The carnivalesque, instrumental and visual performance group, MarchFourth, will return to Montana for their 20th Anniversary Tour in 2023, performing at The ELM in Bozeman on April 5th and The Wilma in Missoula on Saturday, April 8th.

MarchFourth is a larger-than-life force of entertainment, blending brassy funk, rock, and jazz, with a visual dazzle of acrobats, stilters, and more.

Their fourth and most recent studio album, Magic Number, was recorded in New Orleans with producer Ben Ellman (Galactic) and engineer/producer Mikael “Count” Eldridge (DJ Shadow, Tycho, Galactic, Trombone Shorty). The fan-funded album is full of captivating grooves and brassy swagger. Their most recent single release, “Evening: The Score” came out in 2022.

MarchFourth has performed all over the world and played with massive acts like Fleetwood Mac, No Doubt, KISS, Blink 182, Galactic and Beats Antique, among others.

If you want to witness a truly unique show, you need to see MarchFourth… and given this is their 20th Anniversary Tour, you know they’ll be busting out all the bells and whistles…. literally!

“Just when you think you’ve heard it all, suddenly a band crosses paths with your ears and changes everything… Full of auditory goodness…”  ~NYS Music

PRESALE: Limited Groove presale tickets will be available online only (while supplies last) from 10am to 10pm, Thursday, Jan. 12th. A password will be provided via email after completing the Groove Presale sign up form where it says GET TICKETS below. PLEASE NOTE: Logjam Gift Cards cannot be used for presale purchases. Learn how to purchase tickets with your Logjam gift card here.

MarchFourth is a joy-inducing force of entertainment. The colorful explosion of brassy funk, rock, and jazz is all about the groove. This larger-than-life group of musicians and acrobats tours the country year-round, bringing a spirit of celebration wherever they go. MarchFourth is, in a word, FUN! With exceptional musical quality and a visual kaleidoscope of performers, MarchFourth is a spectacle of high-energy compositions, colorful costumes, and irresistible charisma! M4 has been seen on stages from ESPN’s Espy Awards to festivals like Wakarusa, Bumbershoot, and High Sierra Music Fest, to world-class venues like The Kennedy Center and The Fillmore, and even a cultural exchange tour to China, sponsored by the US State Department. MarchFourth’s track “Gospel” (from their self-released album Rise Up, 2009) was featured as the closing credits theme song in the Disney/Pixar animated film, Monsters University. Their next album Magnificent Beast was self-released in 2011, produced by fellow Portlander Steve Berlin (Los Lobos). The Motet Will Return to Bozeman and Missoula in 2023 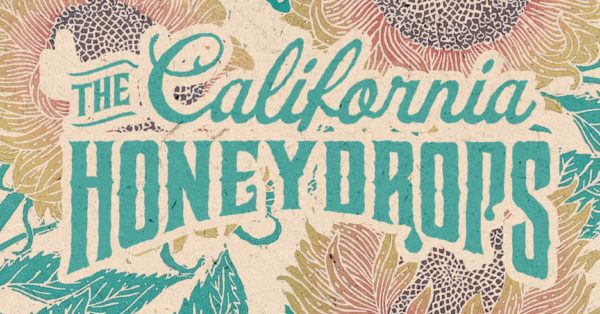 BoomBox Announces Concerts at The ELM and The Top Hat