One of Montana’s most promising up and coming rap duos, Foreshadow x Elair, have unveiled the recap video from their two night run with legendary rap group, Bone Thugs N Harmony.

The Montana natives opened up for Bone Thugs at the Rialto on Feb. 13th and the Wilma on Feb. 14th. The video was shot and edited by talented Missoula-based photographer/videographer, Michael Graef, who’s also worked with other Montana artists like Chloe Gendrow and Zak James.

Both of the shows were sold out with fans traveling from from all over to see not just Bone Thugs, but Foreshadow x Elair as well.

The duo have built up a strong following over the past decade. Elair (Erik Langan) began writing lyrics at young age and Foreshadow (Shadow Deveroux) started his rap pursuits back in 2011 as a part of the Lakeside County-bred hip hop group, Codependents. Together they’ve released several singles and EPs, but most notably their 2019 full length album, Culture of Corruption. The Seed: An In-Depth Look At The Hasslers Journey from Missoula to Seattle The Seed: MASS FM Release New EP “What Will Divide Us Is Love” The Seed: WRINKLES Preview Next Album with New Single “Shores” The Seed: Wrinkles Drop Music Video for “Some Days” Single Ahead of Album Release The Seed: Getting to Know Missoula’s Dodgy Mountain Men (Q&A) 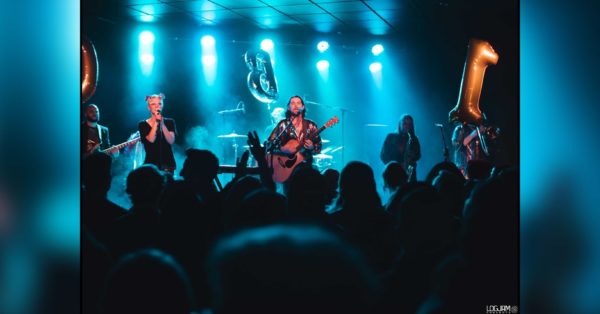 The Seed: Catching Up with Missoula’s Letter B The Seed: A Glance at Magpies Forthcoming Album The Seed: Bozeman’s Panther Car Release New Single and Tell Us About Their Pickled Carrots Locally Sourced Music: A Brief Look at Montana Made Musicians The Seed: Bozeman’s Kelly Nicholson Gears Up for Shows at the Top Hat & Rialto (Q&A) Montana’s Band of Drifters Confirmed as Support for Kip Moore